3 Sneaky Life Lessons Learned From Unhealthy Comparison To Others 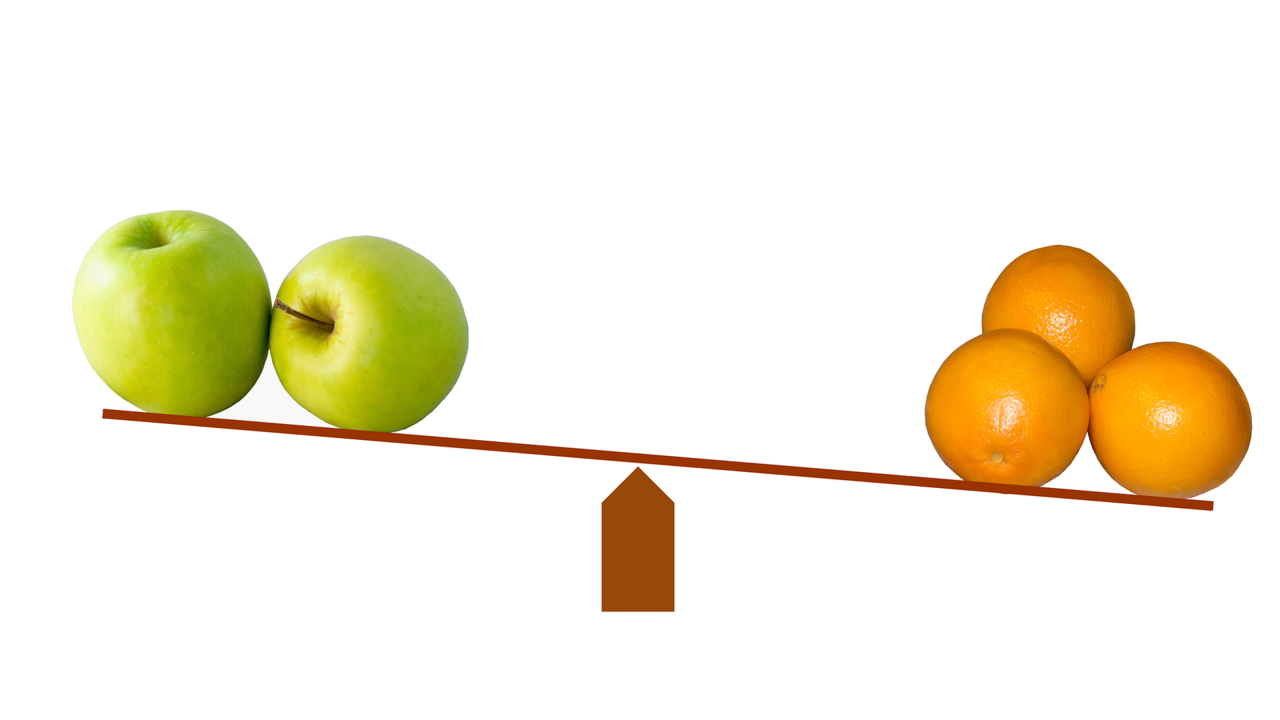 Let's be real here. Comparisons to others take up SOOOO much of your time! Time spent insecure about how better looking another colleague looks than you, how much more successful they are and faster moving up the corporate ladder than you, or how much money they have to buy a boat and have a maid.

How many of you have spent days sometimes feeling bad about yourself just because  you saw someone else as better than you in some ways? Or spent days at home eating chocolate because you felt you couldn't measure up to the superstar at work? How does all of that super suck?

You can look at people in 3 different ways:

2. As inferior to you (you are looking down on them)

3. As equals (no one is better than or worse than you).

The truth is, unless you look at people as equals, you're going to have pain in your life. When you compare yourself to others, you are either in position 1 or 2.

By reading these real life lessons from clients and staff, hopefully one of them strikes a chord at how you can turn around your natural tendency into something that works for you.

Story #1: Jealousy In A Relationship.

Situation: Jasmine had the perfect, loving relationship. One day when she and her boyfriend went out for drinks with coworkers, one coworker overtly flirted with Jasmine's partner, and it appeared that he was enjoying the attention. Jasmine looked at the woman who had much bigger boobs that her, and was much more outgoing and sexual than her, and she immediately felt her relationship was threatened. She feared if she went with her boyfriend with this complaint, he would be turned off by her insecurity.

Action: Jasmine's boyfriend ended up seeing that the coworker was a bit inappropriate. When Jasmine talked to him about her concerns, she said "I don't want this to come between us, and the more we fight about this, the bigger the rift between us, and she wins. So I won't ever get mad at you, but just know that I am scared your response to her overtly sexual actions."

Lesson Learned: In expressing her fears in an "us versus her" kind of way, Jasmine strengthened the connection with her partner instead of pushing him away by anger or wracking her brain with jealousy. By being authentic in a value add way, she used this situation to bring more trust and closeness to the relationship.

Story #2: Someone Else Gets All The Glory

Situation: Sandra had always wanted to be an author. She worked on her blog and website a little every day but never got any engagement. All of a sudden, an old colleague decides to start publishing articles and her blog in all the alumni networks, and with apparently little effort, she gets all sorts of engagement, newsfeeds, adds, likes and shares. Sandra feels inadequate that her friend is now a real influencer and she is left unnoticed.

Action:  Sandra decided not to spend her days wallowing in thoughts of being not good enough (ok, she had a few days in it) by changing the meaning she placed on it. Instead of thinking "she must be better than me if she's getting all this engagement", she thought "because she's getting all this engagement, there must be something I can learn from her to use on my blog. What can I use that she's using to make my blog better?" Sandra decided to take massive action and just try out what could work for her... anything... you never know what would be your next windfall move until you try.

Lesson Learned:  Sandra decided to use the things she was jealous of as ideas that she can add to boost her own story, business or purpose. Sandra also learned that everyone is different and has their own unique story to tell. If you want to be Taylor Swift, well, that is impossible because no one can be better than Taylor can at herself. So you must be the best you that you can be, because there is no comparison.  To that effect, all you can do is use others as an example and see what they are doing that can make you an even better you.

Story #3: The Shining Star At Work

Situation:  Sergio came from a good family with a good education and had a good job. As he matured, he realized that there was more to life than having a good job, and he wanted to inspire others to be better. So he went to several personal development seminars and started to impart his learnings at the company. One of his colleagues Joao seemed to take a liking to the teachings and continued to study on his own. Joao did not have a college degree, could barely speak English and had very little money. Soon, he noticed that Joao was rising in the company faster than he was! People were noticing him and he didn't let his level of English, background or social status stop him! Soon he was coaching Sergio on the same things he had once told him when he was down. It was not that Sergio wasn't happy for his colleague. It was the feeling of thinking that because Joao could make it and he could not, that there was something wrong with him.

Action: Sergio decided to focus on his own self and be kind to himself by giving himself permission to go at the pace he was going. As long as he made a little progress every day, that was good enough. Sergio also decided to give himself a break and listen to his heart on what he really wanted to do -- not what he thought he should be doing. Staying in the present: What does your heart really want to do right now?

Lesson Learned: Sometimes it's hard to know that you are enough just as you are. When you feel that you're not where you want to be in life, and you see others surpass you, it's so easy to think that there is something wrong with you -- if they can do it, why can't you? But look at it another way: If they can do it, so can you. Knowing that you can, that you were given the exact same resources as the next guy, would give you the empowerment you need to simply move forward. And that's all it really is -- to break the spell of comparing yourself to someone else, all you need to do is move forward.

So I hope you enjoyed these lessons learned by people who fell into unhealthy comparisons of others at the workplace, and then how they got over it. At the root of all emotional issues, especially those having to do with social comparison, is the core issue of not feeling good enough. So the key is to heal those parts of you that feel not good enough, either by choosing to connect to the people you fear losing, or by stepping up your game when you feel that nagging feeling that you should be more. It's never about them, it's all about you. If you choose to see everyone as your equal rather than on a pedestal, the power goes back to you.

Taking responsibility for your outcome gives you power. The pain you feel from unhealthy comparison is actually the vitamin you need to become greater.

When was a time you found yourself struggling with unhealthy comparisons to others and how did you handle it to become closer to your greatest version? Leave a comment below and share with others what you learned: